The global standard for measuring radio advertising effectiveness and creative performance since 2008.

RadioGauge is the global standard for measuring radio advertising effectiveness. It was launched in 2008 as a commercial partnership between Colourtext, RadioCentre UK and DRG Ltd.

Designed by Colourtext's founder Jason Brownlee, RadioGauge is an award-winning initiative that has grown to become the world’s biggest and longest running radio advertising measurement system. Since its inception RadioGauge has been credited with securing more than $320 million of radio advertising revenue.

The objective of RadioGauge is to demonstrate the effectiveness of radio as an advertising medium. Based on an 'Exposed vs Non-Exposed' research methodology, it delivers classic upper-funnel metrics for radio campaigns such as brand awareness and purchase consideration and measures the strength of a radio campaign's creative execution. In addition, RadioGauge provides comprehensive diagnostic measures for audio creative performance that help brands optimise their sonic identities on radio and beyond.

Spanning more than a decade of successful operation, RadioGauge has evaluated over 1000 radio campaigns and built the worlds most comprehensive database of brand category radio effectiveness benchmarks.

Mark Barber, Director of Planning at Radiocentre UK, wrote a long-read article for ADMAP to celebrate the project's 10th anniversary. If you don't have an ADMAP subscription you can read Mark's excellent article here. The RadioCentre has also produced a RadioGauge subdomain on its website, which is where the infographics below originate and where you can find more details about the UK study. 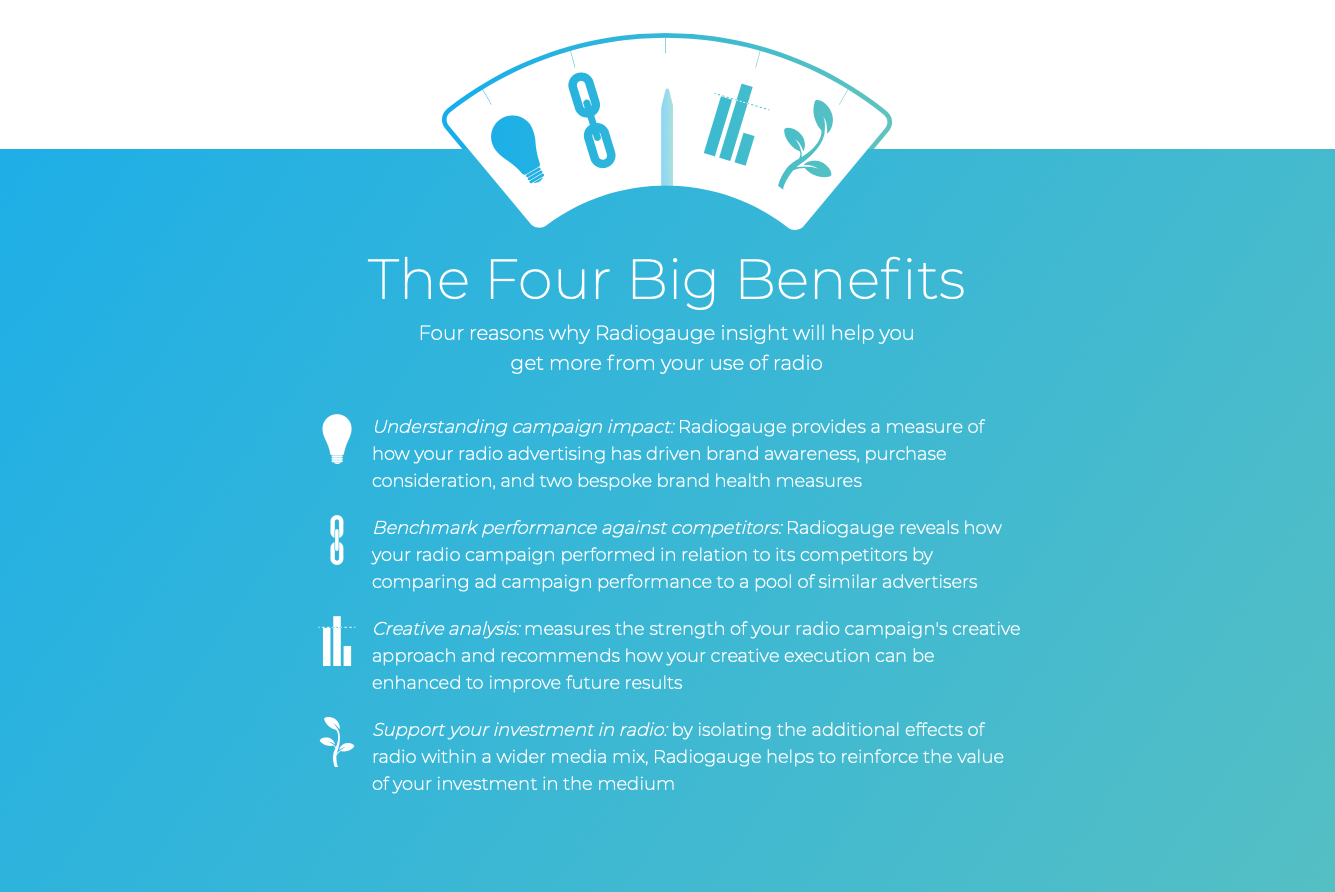