Music Indifferents are people with little or no interest in music who often struggle to recognise any of the tunes played at a wedding disco.

Meet the FECI Music Indifferents
Back to FECI homepage

Over on the right are the 'Casuals' and 'Indifferents'. These are people with little or no interest in music who often struggle to recognise any of the tunes played at a wedding disco. 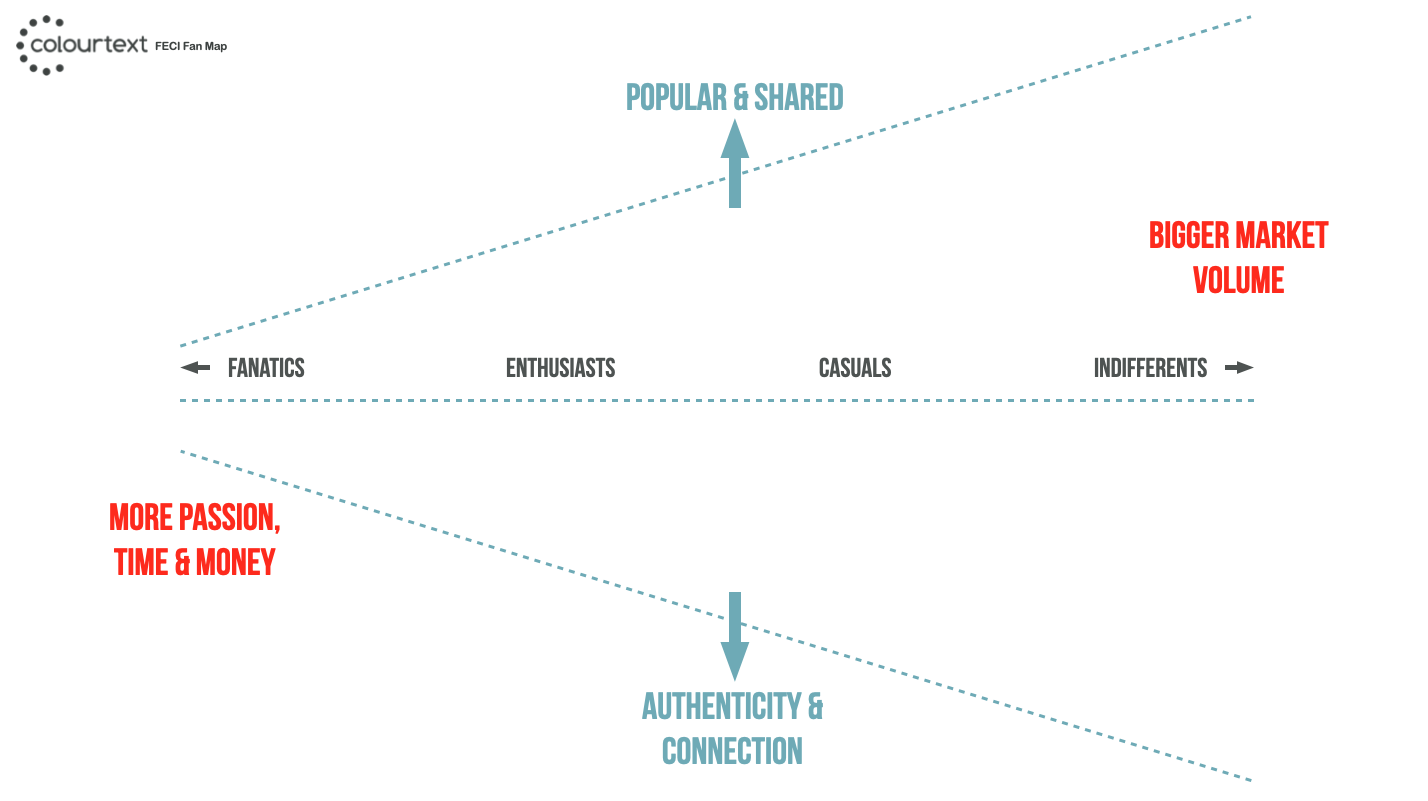 The Indifferents represent a significant element of the mainstream music audience yet tend to care very little about music. Indeed, if music ceased to exist tomorrow it might take a while for The Indifferents to notice. However, this does not mean music is entirely absent from the lives of Indifferents. Sometimes they can be induced to consumer music or buy music-related products and content if the need arises or when an offer is made as cheap and convenient as possible. The Indifferents also account for a large proportion of mainstream radio listening and will sometimes flick to the nearest music TV channel during a particularly dull ad break.

But arguably the most important role of Music Indifferents is to just be dimly aware that a band or artist exists and actually means something. When enough people in a market hold the same beliefs about an artist, regardless of whether they will actually listen to the artist voluntarily, real fans find it easier to make decisive choices.

The psychology of this can be illustrated with a simple example. Many young music fans wouldn't see the point of wearing a Nirvana T-shirt if they thought no one else knew the band is super cool. That's why The Indifferents need to be exposed to an artist's content and advertising - only broad popular reach and familiarity can elevate an act into a big cultural icon.

Next to The Indifferents on the FECI Music Fan Map are The Casuals. We can create a FECI Segmentation Fan Map for your brand and market - contact us now.