How Generation X Grew Up

Gen X was saved by punk, house, rave and grunge - possibly the greatest burst of creativity in popular music and youth culture the world will ever see.

How Generation X grew up
Return to Gen X homepage

The formative childhood experience for many Gen X'ers was the unprecedented growth of divorce and family break-up during the 1970s and '80s. Generation X heard everything and forgot nothing of what was said during the vicious late night fights between its parents. With each low blow that found its mark, Gen X wept quietly in the dark as the family conventions of their beloved grandparents melted away into thin air. 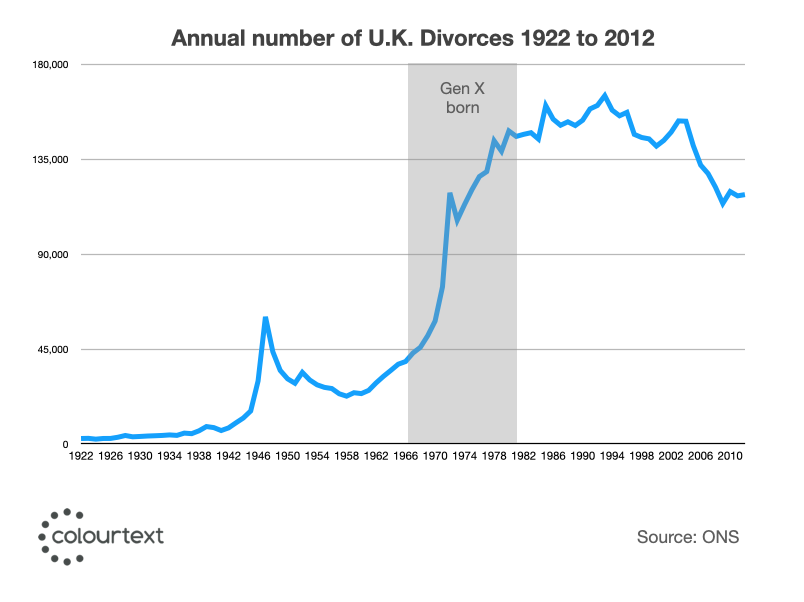 Gen X kids thereafter were left to drift through the 80s and 90s without guide or anchor towards a post-industrial future that promised little more than high youth unemployment, nuclear Armageddon and the poisoned love of sexually transmitted AIDS. But thanks to their Kramer vs. Kramer family life and exposure to the economic crises of the Cold War, Gen X'ers came of age having learnt two invaluable life lessons. 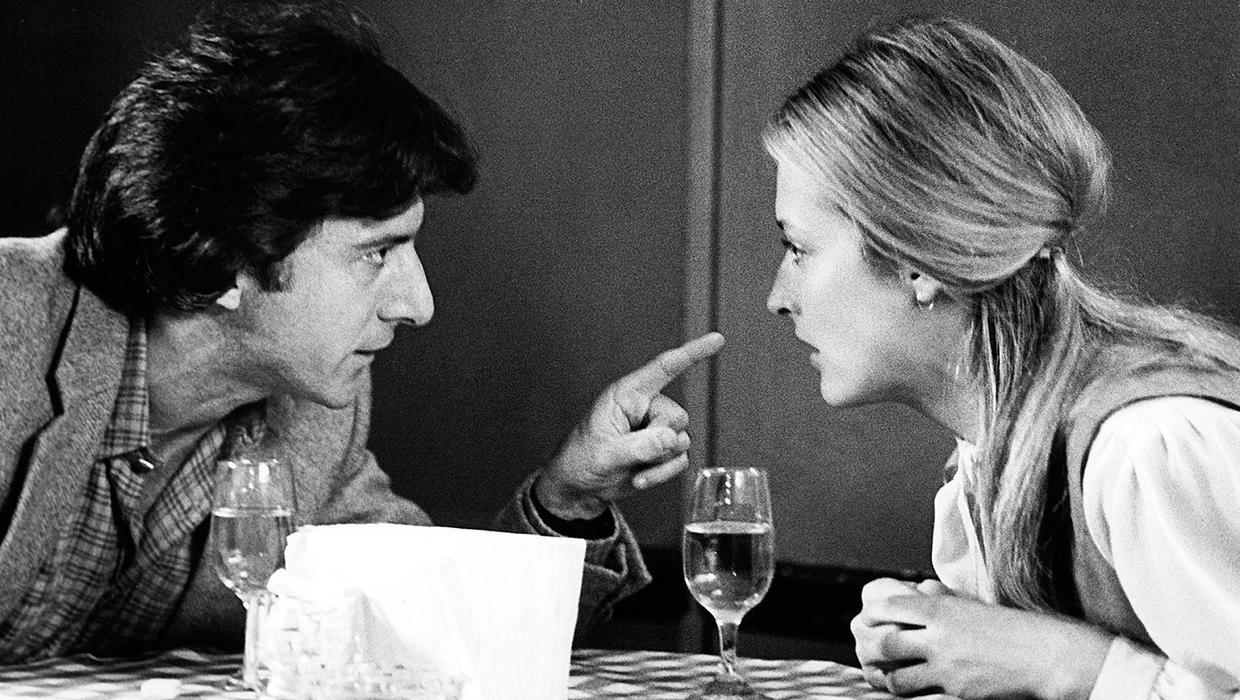 Firstly, they decided to figure out for themselves what it meant to be an adult and avoid a lifetime of meaningless drudgery. Their second insight was this: if you can't find a job, start a band.

Gen X was saved by punk, house, rave, grunge and rap - possibly the greatest burst of creativity in popular music and youth culture the world will ever see. All of which led Gen X, and everyone who follows it, to where we are today. If anyone can save our collective sanity from the LCD glow of post-iPhone social modernity, it's going to be Generation X.

Culturally and spiritually, Generation X is best understood as the bastard love child of Apple and Trainspotting. Imagine a generation that aspires to Jony Ive's sleek industrial aesthetic during the working week followed by the fun, filth and oblivion of Renton and Sick Boy at the weekend. This is the modern Good Life as pioneered by Gen X. The challenge of course is balancing this hedonism with an equally fierce determination to live for ever. 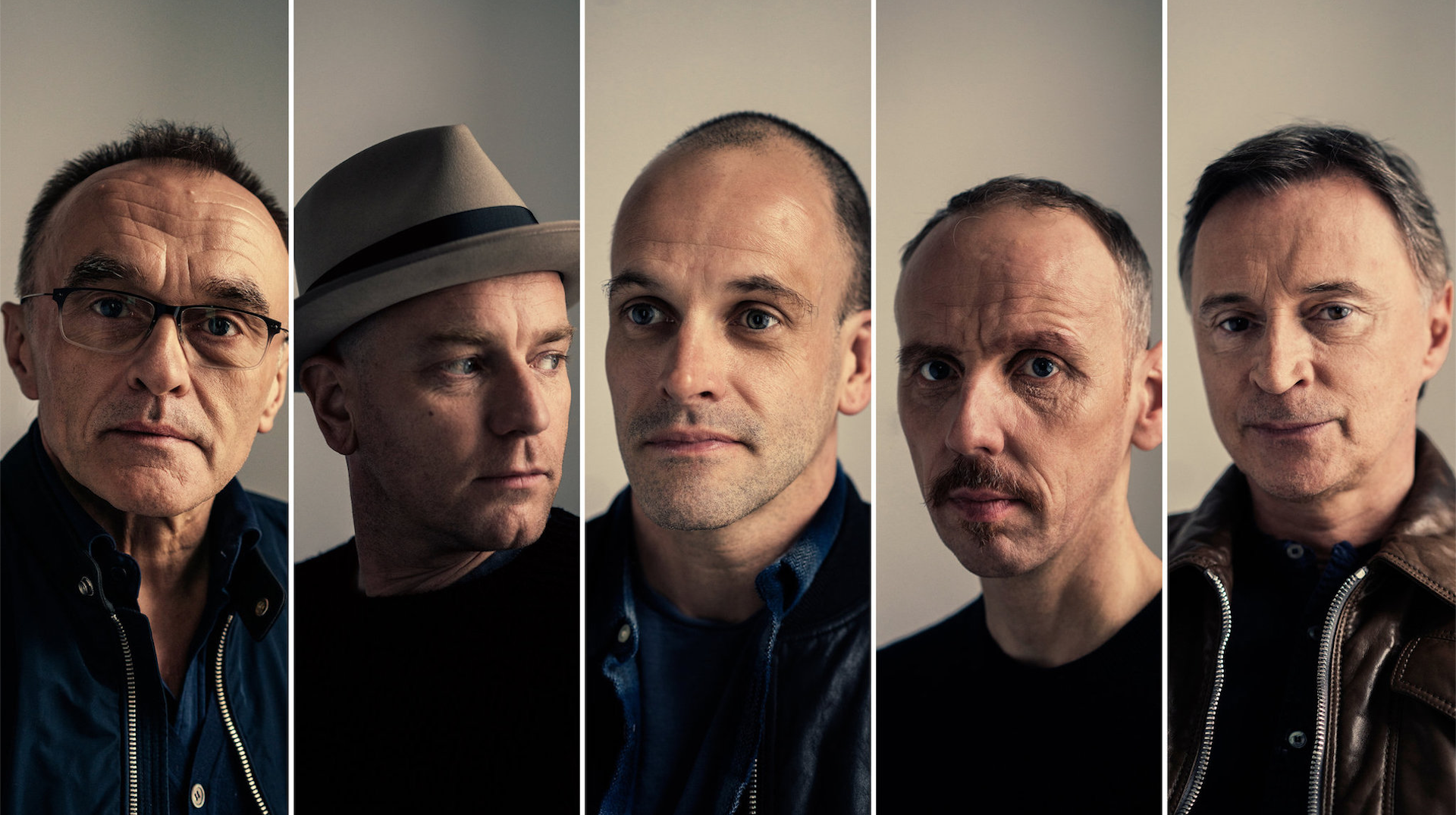 As Generation X grows up it maintains a deep connection to the pop culture of its youth. People in their mid-fifties lived through the era of Punk, Electro and the New Romantics. Those in their mid-forties are essentially the Clubbing and Grunge generation. The fashions, graphical styles and music of those eras are very familiar to Generation X and remain much loved.  What this means is that Generation X refuses to grow old like its parents (the Pre-War Generation and Early Boomers). Gen X'ers are determined to keep looking and living like people who experienced the immortal highs of 20th century youth culture.

This isn’t simply a nostalgic relationship with the recent past. So far as Gen X is concerned ‘that’ life is still present within them and feels as relevant and meaningful today as it ever did. In deed, Gen X'ers tend to feel sorry for their children’s generation, who are beset by social media and unlikely to experience anything quite as good. They believe, with some justification, that the tunes, fashions and youth cultural experiences of the '70s, '80s and '90s stack up well against, and for the most part exceed, anything being created today. Golden Oldies they are not - Gen X culture, and by extension Gen X consumers, are still the coolest generation out there.