Who is Generation X?

Generation X was born between 1965 and 1980, arriving just in time to see the world turn from black & white to colour.

This means Gen X is often overshadowed in the US by Millennials, but things are different in the UK where Generation X and the Millennial groups are very similar in size. The Gen X and Millennial cohorts account for 19.8% and 20.1% respectively of the UK population. This means Generation X plays a bigger economic and cultural role in the UK compared to the US. 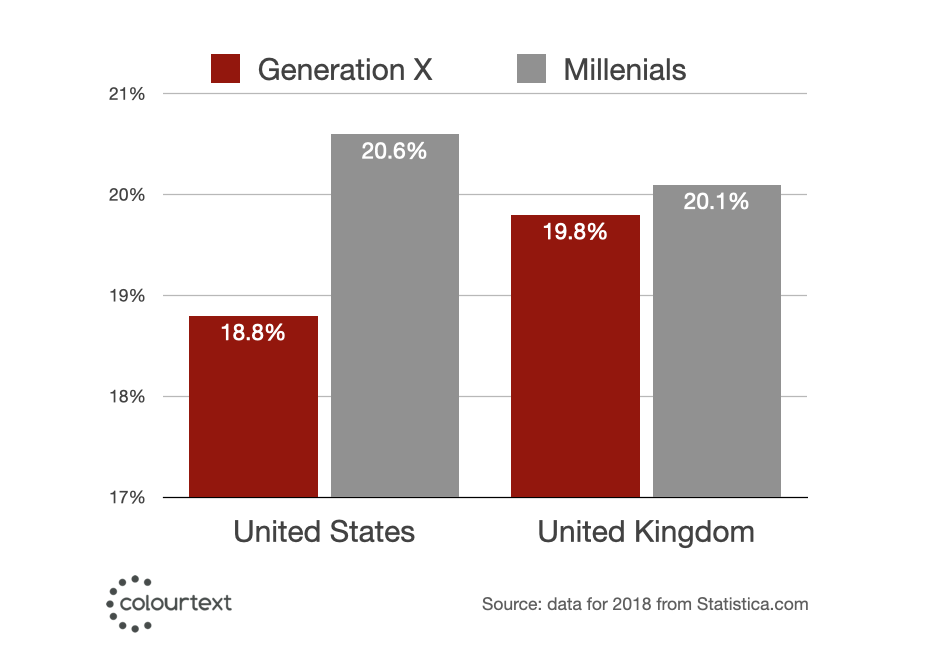 The age cohort disparity between the US and UK appears to be driven by the relative size of the Post-War Generation (born pre-1945), which is proportionally bigger in the UK. A simple explanation for this is that the UK experienced its first 20th Century baby boom following demobilisation after WW1, which led to a larger cohort of new parents and babies emerging around the time of WW2. The relative WW1 vs WW2 birth rate peaks in the UK are nicely illustrated in the ONS chart below. 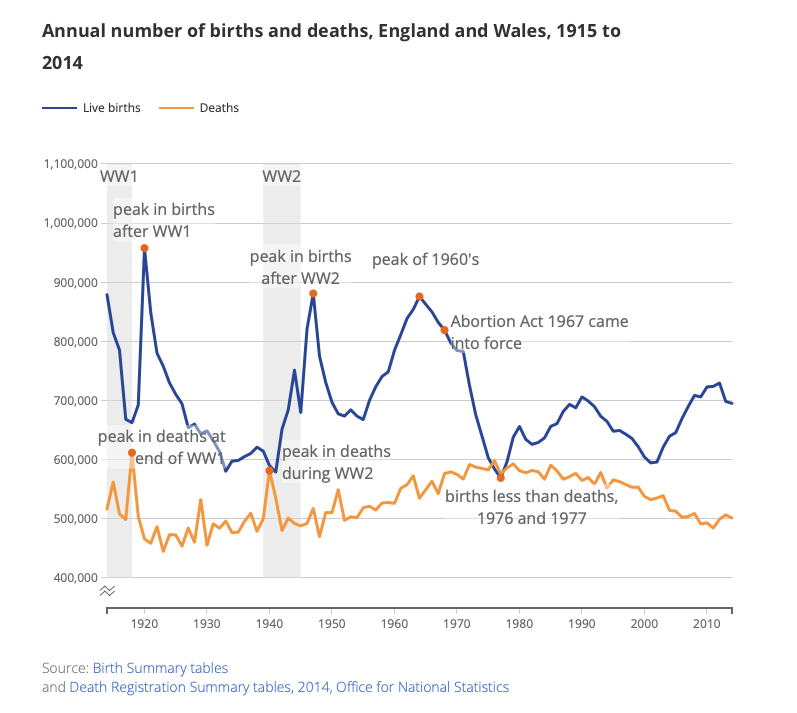 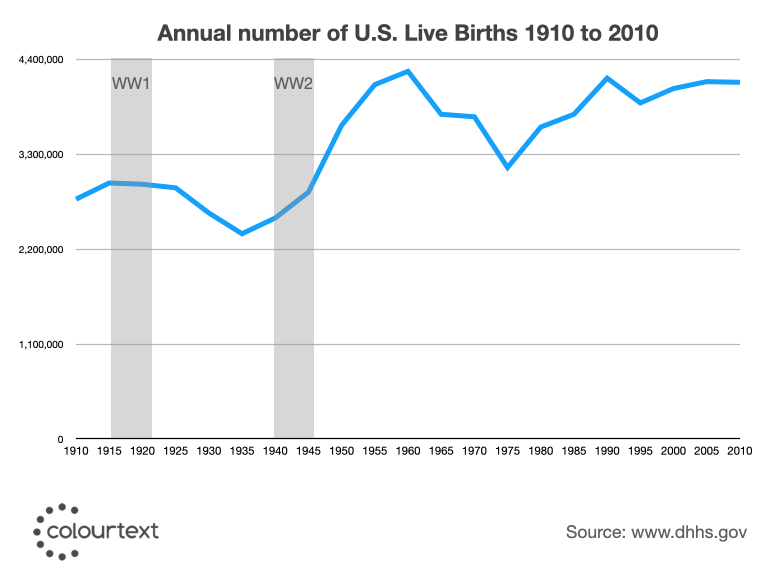 Additionally, fewer UK men of fighting age served overseas during WW2 (compared to WW1), whereas most US servicemen were stationed in foreign theatres, meaning the post-WW2 'homecoming' baby boom was more pronounced in the US compared to the UK. The net effect of these events in the UK was a birth rate peak running from the early 60s to early 70s, which includes the older segment of Generation X.

In summary, relative demographics means Millennials will continue to steal the limelight in the US, but in the UK they share top-billing with Generation X.