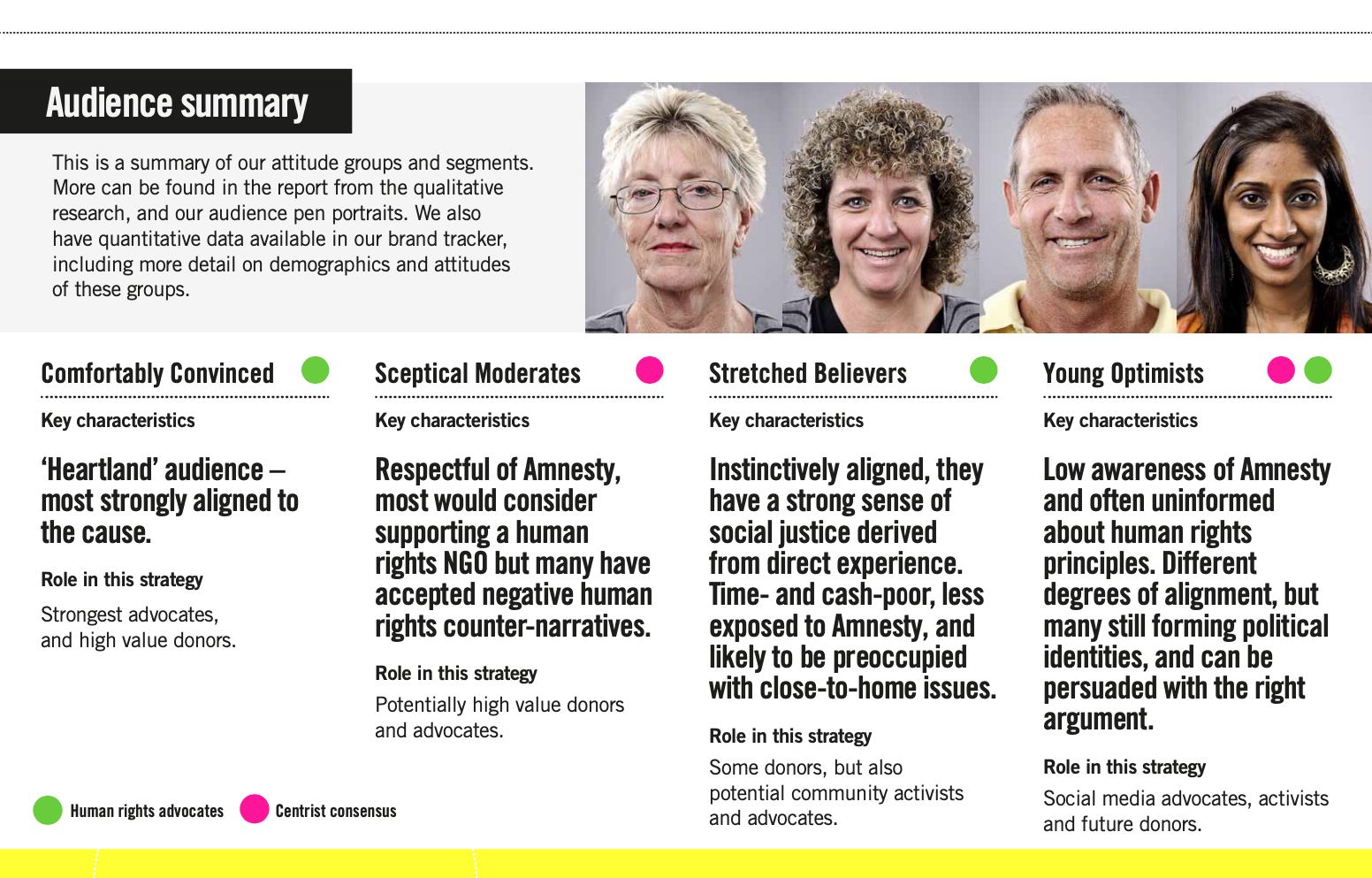 A growth trend in Colourtext's market segmentation and data analytics work is a drive towards campaign activation. This is usually defined as some kind of event, engagement or interaction through which a brand generates awareness, lasting connections and ultimately sales conversions with a target audience.

One of our favourite examples of this process is a market segmentation we developed for Amnesty International in partnership with their marketing agency Eden Stanley. Amnesty's challenge was that growth in regular charity donations had slowed down and this was attributed to Amnesty having effectively 'maxed out' its engagement with a core audience of liberal, left-of-centre donors.

The solution proposed by Eden Stanley was to explore the broader audience of potential charity donors in the UK and understand how Amnesty could build bridges with new supporter groups beyond its traditional comfort zone.

The key activation element of the project was to map our vivid segmentation personas onto Amnesty's CRM database and identify routes to building them out into new target audiences. The personas that we developed were translated by Eden Stanley into a new marketing activation strategy for Amnesty that delivered 300,000 fresh direct-debit supporters in its first year.

Within this PDF case study downlaod are some project highlights that illustrate how an established brand can use market segmentation to break out from a limited core market and find a larger, high-growth audience.

If you'd like to discuss ideas for activating a market segmentation to reach new customers please drop us an email and we'll get right back to you.