Generation X has always been at the forefront of new trends in fashion and technology.  Now the coolest generation of all time has a new frontier of anti-ageing to explore.

Generation X was born between 1965 and 1980 and is often overshadowed in the US by the larger age cohort of Millennials. But things are different in the UK where the Gen X and Millennial groups are pretty much the same size and Gen X plays a far more significant role in the country's cultural and economic life.

Movements like Extinction Rebellion and Insulate Britain have recently stimulated a lot of media commentary that suggests Generation X will be the last generation in history to live out a natural lifespan. Civilisational collapse driven by climate change will mean most people younger than 40 today will die before they reach old age. If this is a serious prediction, we think it's a classic of the millenarian genre.

Climate change is real and it's serious. But most credible scientists believe its effects are manageable and the means to mitigate its worst features are dropping into place. Advanced economies are rapidly decarbonising and this trend will accelerate. Better methods for ecosystem repair and management are also getting baked into government policies that are underpinned by broad cultural support. Things might get tough for a while, but they are unlikely to be apocalyptic. 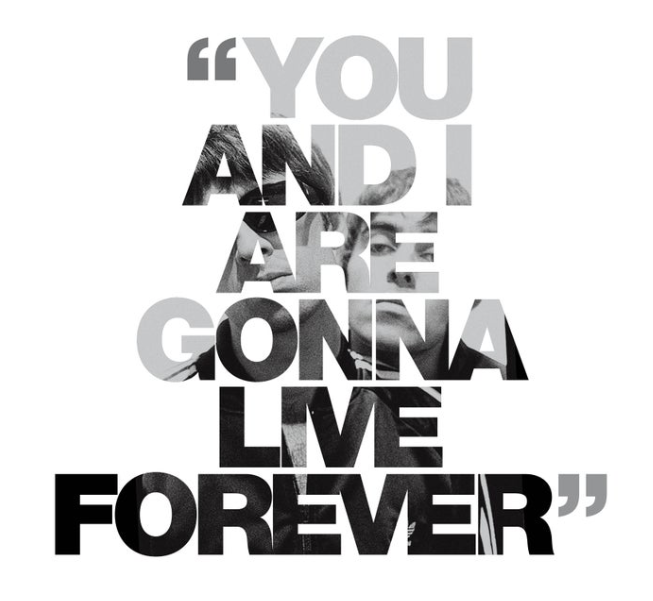 Instead we think it's safer to predict that Generation X will more likely be the last generation limited to a natural human lifespan. Thanks to rapid advances in the field of ageing science Gen X is approaching ageing in an entirely new and liberating way.

Gen X'ers have always been at the forefront of new trends in science and technology, beginning with the first home PCs and gaming consoles through to the Internet and iPhone. But advances in biological science mean there’s now an entirely new frontier that Gen X will be the first in human history to explore.

Until recently ageing was believed to be an inevitable process, but scientific understanding of ageing has made enormous strides in recent years. Scientists in prestigious research institutions now understand how ageing can be slowed and even reversed. Their ultimate goal is to bring the ageing process under full medical control. This recent paper published by Nature.com gives a good overview of the grounds for excitement within the scientific community.

However, there’s not just a firm basis in science to believe this trend is real. There's also a cultural logic that has been neatly captured by Yuval Noah Harari in his book 'A brief history of tomorrow'

“Humans are rarely satisfied with what they already have. The most common reaction of the human mind to achievement is not satisfaction but craving for more. Having secured unprecedented levels of prosperity, health and harmony, and given our past record and our current values, humanity's next targets are likely to be immortality...[and] overcoming death itself.”

Health-span is the goal 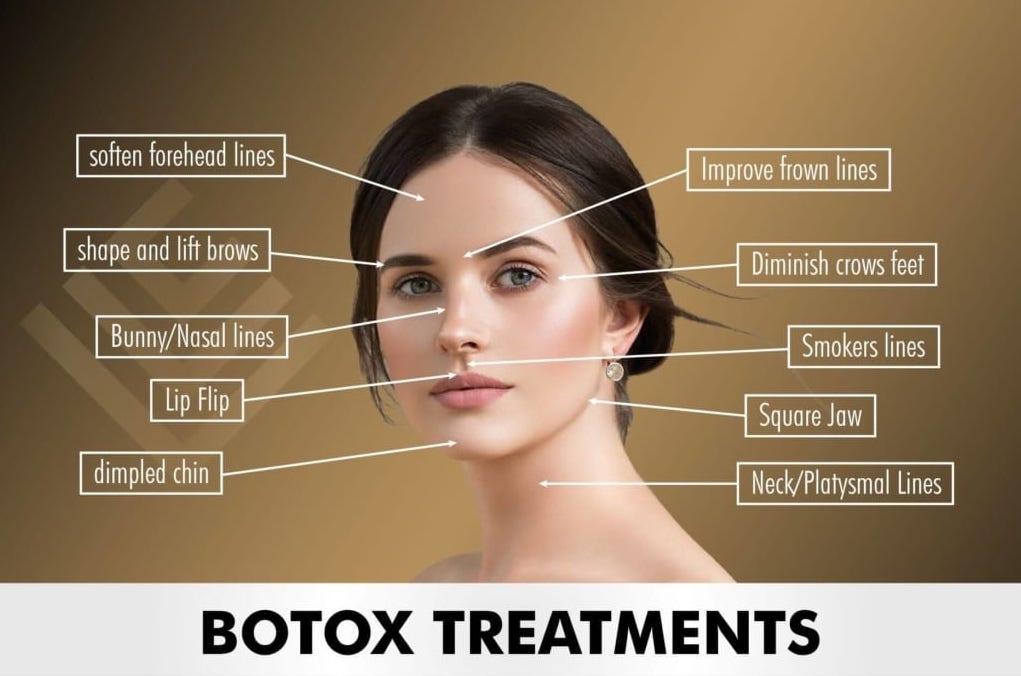 Given an affordable and scientifically effective means to intervene in the ageing process, common sense and past form tells us Gen X will embrace all such opportunities with enthusiasm. Let's not forget, it was Gen X that broke new ground on Main Street by embracing the lunch-time Botox market. So what new trends should we look out for?

The first thing to understand is that initial breakthroughs in ageing science that deliver real health benefits are not focussed on extending human longevity. The average lifespan of an adult in the U.S. or U.K. today is already about 80 years, which is way above our evolutionary design parameters and beyond anything experienced by 95% of our ancestors.

However, by the time an average member of the Boomer generation reaches the age of 64 today, they begin to contract serious age-related disease. This means Boomers are spending roughly 20 years, more than a fifth or 20% of their lives, in miserable and declining health. The personal and economic costs of this to society are enormous. 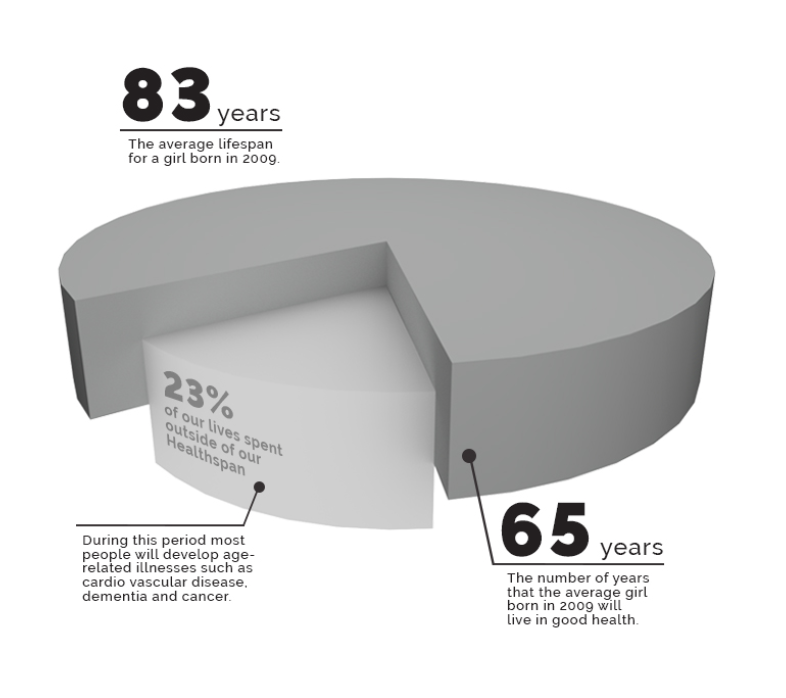 The problem is not that our lifespans are too short but that our healthspans, the period we spend in good health, don't cover the period of our longevity. It's this gap between healthspan and lifespan that scientific teams around the world are racing to close, and Generation X will be the first cohort to really benefit.

What impact will this have on the way Gen X and its successors come to perceive the 'natural arc' of their lives? Career spans and pension arrangements are likely to change and personal relationships too. 'Until death do us part' might come to seem like an awfully long time. So that's work, money and love all affected. No biggie, then.

Nevertheless, Generation X is unlikely to let pass any opportunity to buy more time, especially if its quality time. Anti-ageing could well become the next Trillion Dollar Market and billionaires like Jeff Bezos seem to agree. In September 2021 Bezos invested heavily in a new company called Altos Labs with research teams in both the UK and US. Their mission is to pursue unfettered blue-sky research on how human cells age and how to reverse that process. They aim to treat ageing as a disease rather than accept it as a grim inevitability.

Products related to ageing have to navigate several category challenges. The first is that anti-aging carries the burden of a mythical heritage that’s high on guff but low on efficacy. There are a lot of $500 night creams out there containing little more than organic starfish spunk harvested by virgins on the night of a blue moon. But a new generation of credible science-based start-ups are working on a range of interventions that aim to bring the ageing process under full medical control.

Secondly, the science of biogerontology is far ahead of public awareness and government regulation - true in vivo rejuvenation in humans is now scientific fact. A new generation of anti-ageing interventions are becoming available that offer profound benefits without needing to be classified as a pharmaceutical. These products exist in a grey zone with respect to what they can and cannot legally claim about product efficacy, which doesn't make consumer decision-making any simpler.

A third challenge is that age-specific products tend to negatively age-stamp consumers (often known in the UK as Saga-isation). Gen X consumers looking for age-specific products reflexively avoid anything that smells of TCP, stale piss or feels like a trip to the chemist. They are also unlikely to embrace the generic obscurity of hyper-rational and ultra-medicalised branding approaches typical of the pharma industry.

The last generation to age naturally

We can therefore make a relatively safe prediction. Given the development and proliferation of new age-management technologies Gen X will probably be the last generation to remember when humans were limited to a natural health span and lifespan. Gen X will not grow old like the Boomers who preceded them, and this will change everything.

Colourtext had its first research-based contact with Gen X back in the mid ’90s when this cohort defined the clubbing and fashion obsessed youth market of that decade. Since then, we have followed Gen X’ers closely as they refused to grow old like their parents.

This led to a relationship between Colourtext and a biotech start-up called Nuchido, which has launched a scientific nutritional supplement that promotes healthy ageing by boosting levels of NAD+ in mature adults. Nuchido TIME+ is part of a growing trend of healthy ageing brands that are targeting Generation X consumers as they enter their peak earning years and inherit significant real-estate wealth from their parents.

So, watch this space. Generation X is going to get even more interesting.